My main goal has always been to be a writer and to publish a bestseller, (Insert Laugh Here) but I’m not so naive. I know it could take years. So when I graduated college I knew I needed to find a real job to support myself. I wanted to chose a job I would enjoy. So eventually I decided on publishing. I love books and reading so this seemed like the natural choice.

I landed on this idea and got stuck like a bug in glue. It never even occurred to me that I could

do anything else. Or that I should do something else. As graduation grew closer I became more and more concerned with finding a job after college. I polished off my resume, wrote several cover letters, and updated my LinkedIn account.

What I wasn’t entirely aware of was how competitive publishing jobs are. It doesn’t help that I live in South Florida, not New York. Why should a company bring me in from out of state when there are hundreds of graduates ready to take the job located in the area.

I was fortunate enough to speak to an editor currently living in New York, Jim Thomas. He gave me a lot of great information and advice about publishing and New York until I let it slip that I really wanted to be a writer. “Well that’s an entirely different conversation.” He said. He continued by saying go be a waitress.

Obviously he did not mean I should literally be a waitress, or maybe he did. He clarified and told me that if I became an editor I would become so busy reading manuscripts and editing that  by the end of the day I would come home and likely be unmotivated to write.

I was shocked by this and frankly in denial. “I can do it” was the thought that stuck with me. As time passed I was forced to take a different job. However my focus has still been about getting to New York. I decided I was going to save my money and just move there.

I have been working 40 hour weeks. A normal work week for most. However I am finding it difficult to get any writing done. I am too tired. I can’t focus. If I can’t keep up with my writing 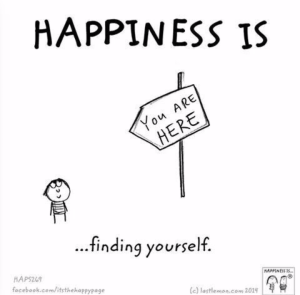 in this environment how am I to do it in New York. I do well under pressure but I am not a miracle worker.

A friend of mine suggested that maybe what I need to do is find a job with a high hourly rate. This way I could work fewer hours and spend more time writing. I would also still be able to support myself. At first I brushed it off. The thought stuck with me. It wasn’t such a bad idea. Of course this is easier said than done. I don’t know what job this might be but now my eyes are opened to it. I am once again focusing on being a writer.

Open your eyes to the possibility of a different path, but never lose sight of what you really want.

This entry was posted in Blog. Bookmark the permalink.
Call Now Button